The Southeastern Flower Show was an annual event held in early spring in the Atlanta area. When I first began attending it was held inside what is now Ponce City Market (an amazing old warehouse location which was originally a Sears store and catalog fulfillment center). It was later housed in the larger space at the World Congress Center and its final location was the Cobb Galleria exhibit halls. The last year it was held was 2013.

There were many exhibits such as flower arrangements, photography, award winning orchids, small rooms staged for events, garden related club displays, and of course vendors! But the highlight of the show was always the large indoor landscape gardens build by local companies. Because of the time of the year, many of the plants outside were still dormant and bare but the landscape gardens at the show were designed to look lush and verdant. It was such a treat to come in from the cold to the smells and sights of what appeared to be growing landscape gardens!

I participated in building a garden and working the show two different years. One was a large garden when I was lead designer at Cascade Design Group. That company later split up and part of it became Terranova Atlanta. With that company I participated in a small garden design and build. Both builds meant long hours – the gardens have to be build from scratch in 3 days and 24 hour a day shifts are common. For me it was hard to appreciate with the lack of sleep and stress but looking back it was amazing working as a team to build such an intricate design in such a short period.
The work begins much earlier in the year than the days before the show though. The design is created in the fall of the previous year and plants are brought into the greenhouses to be forced through December and January. The greenhouse not only has heated air, and timed grow lights, it also has to have heated water for the roots of the plants. I also worked closely with several artists who were commissioned to create sculptural details for the garden.  Our regular employees worked in a rented warehouse space to build walls and wood structures that could be brought in piecemeal and locked together like building blocks according to the design.
The hard work paid off and both times, the gardens I worked on both won Best in Class and the large one took Best in Show. Then the show opens and the general public comes to tour the work. The vistiors have lots of questions and appreciatively marvel at the projects. I love to talk about design and plants so it’s nice to have so many people who are there for just that! When the show closes, it all gets dismantled and the exhibit hall is readied for it’s next trade show.

Seeing the exhibit hall empty as we moved the plants in by forklift, experiencing the show, then seeing it clean and empty again at the end of the week is a transformation that is almost unbelievable

The article that reminded me of these Flower Show memories was here: goo.gl/6WuQhp 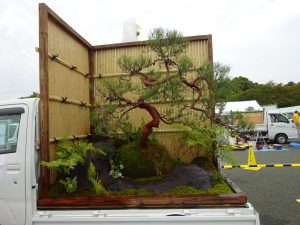 an image from the Japan Kei Truck Garden Contest

The article details the Kei Truck Garden Contest in Japan where landscape designers pull up in their iconic Kei trucks and spend several hours building a landscape design in the truck bed as part of a competition.

Although the Southeastern Flower Show is no more, this past year the Atlanta Botanical Garden attempted a spring flower show. Maybe the idea of these truck gardens will catch on here and soon Atlanta will be hosting its own truck bed landscape competition. I would love to be part of that! 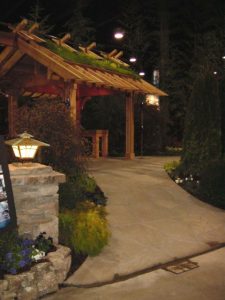 entry to the landscape garden I worked on 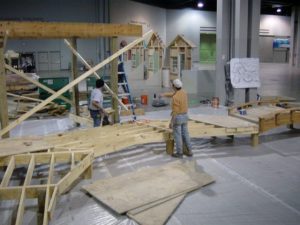 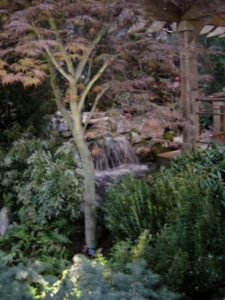 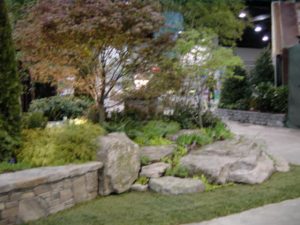 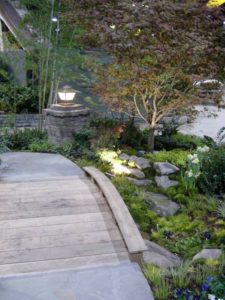